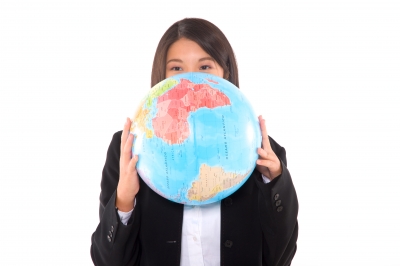 Gold Rate Today: Gold prices have been edging up this week. Bullion expert – Oliver Temple – looks at whether global investors are now beginning to take action.

Make no mistake, gold prices have been flat-lining for a while and have not reacted in a way many analysts predicted. Last month the precious metal reached a six-year low.

All the ingredients have been there – in theory – for gold demand to increase for a while such as the weak US dollar, the Greece bailout situation, and falling stocks in China.

Gold is often seen as a safe haven during economic uncertainty. Many analysts thought demand for the commodity should have increased quickly this year.

One or two analysts have said that perhaps this time the precious metal has lost its shine altogether for some investors. One analyst even said gold was “boring”.

Our view – and we are one of the UK’s oldest bullion dealers – has been that globally investors are holding back and waiting to see what happens next with the world economy.

There are many factors that can influence the precious metal’s prices. As well as an investment, the yellow metal is also used in different sectors such as medicine and engineering.

Gold also remains popular for use in jewellery particularly in China and India. With gold firmly part of the two countries’ heritages, significant demand for the precious metal is unlikely to diminish in China and India soon.

China’s stocks are currently very volatile. The Shanghai and Shenzhen markets were down this week by three per cent. The Yen has also been devalued which takes it a step nearer to becoming an official reserve currency. A devalued Yen will mean that Chinese exports could become less expensive so could give a boost to the country’s economy.

China’s economy could now be worrying investors and this might explain why demand for gold has edged up this week. On Wednesday, the precious metal reached a high of $1124 per ounce in London.

In India, gold rose at the bullion market to another Rs 25 to Rs 26,335. This was the tenth straight day the precious metal increased.

China has also increased its own gold reserves by a further 19 tonnes in July to total holdings of 1677 tonnes.

In the US, a possible interest-rate rise could also affect how much of the commodity will be bought by investors.

US Jim Cramer – worth around $10 million – advises that gold should be part of any investment portfolios. A portfolio, he believes, should have a mixture of healthy geographical stock, high-yielding stocks, and gold. The precious metal he says should account for around 10 per cent of a portfolio. He views gold as an insurance policy.

No one knows for sure how gold will react to these different market forces. Our view is that gold should not be thought of as just a short-term investment but more for the medium and long-term.

We are always happy to advise on gold investment options. You can reach us on 0207 283 7752 or email [email protected]. You are also welcome to pop into our City of London offices (please call or email first).

Image of lady courtesy of Ambro at FreeDigitalPhotos.net