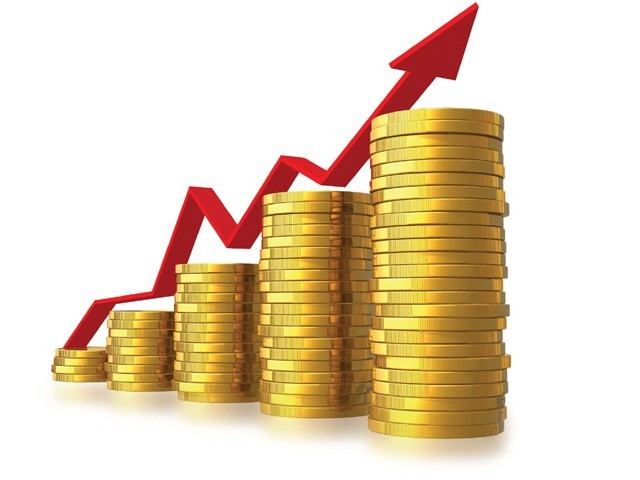 The gold price jumped the $1,350 bar on Thursday, shaking off weakness displayed yesterday when a cooling of Ukraine-Russia tensions saw safe-haven buying dry up.

On the Comex division of the New York Mercantile Exchange, gold futures for April delivery last traded at $1,351.50 an ounce, up $11.20 from Wednesday’s close and not far off its 2014 best reached on Monday.

Gold is now trading near its highest level since September and up more than 12% since the start of the year.

The gold price was boosted by speculation that world number two consumer India could soon lift curbs and ease taxes on imports that have been in place for more than a year.

The restrictions were designed to shore up the rupee and reduce the country’s crippling current account deficit. The latter has now fallen to an 8-year low, while the currency hit a three-month high.

Despite the curbs Indian consumption still rose by more than 100 tonnes to 975 tonnes last year while according to some estimates "unofficial imports" almost doubled to triple digits.

China is now the top consumer of gold, with 2013 imports soaring to 1,065 tonnes, up from 807 tonnes the year before. Together the two giants are responsible for more than half of the world’s demand.

Demand in the form of bars, coins and particularly jewellery may rise sharply in India should the punitive duties of 10% and other measures like mandatory re-export of 20% of imports be lifted.

The impact of renewed Indian buying may be relatively subdued however, given that Asian demand is highly price sensitive.

Premiums demanded by traders in India spiked to as much as $140 an ounce during India’s wedding season, but has now fallen back to less than half that despite the acute shortage of bullion inside the country.

From as much as $37 when gold was trading at $1,200 last year, premiums paid on the Shanghai Gold Exchange have no fallen back to $1–2 per ounce as the gold price appreciates.

Bullion and investment bank HSBC in a research report sums it up this way:

"The majority of gold jewelry is purchased in EMs. Traditionally, high prices can have a negative effect on relatively price-sensitive buyers in economies with limited discretionary consumer incomes, such as India, China, the rest of Asia, and countries in the Middle East.

According to HSBC, as a result of this, a floor is likely to form around the USD1,200 or lower because such a drop "would likely stimulate retail demand and act as a break on declines”, while a sharp rally above USD1,400 or higher, “could weaken physical demand for coins and bars”, which would help put a ceiling on prices.