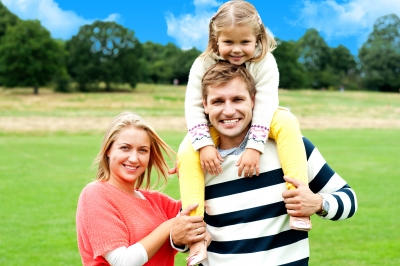 Investors in the U.S. may well be considering that the future for gold is still very uncertain. The gold price has generally been nudging up recently – in anticipation of a possible U.S. interest rate rise – but did fall back down again (by 3%) this week.

The price of gold has generally been low for a while and has not reacted in a way some analysts predicted.

The Greece bailout situation, China’s falling stocks, and the U.S. interest rates, might have seen gold prices spike more. They haven’t – possibly yet.

Our view has been that investors are waiting to see what is happening with the global economy before investing more in gold. Gold is seen as a safe-haven during economic uncertainty.

Yet could we now be seeing the first ripples of investor confidence returning to the yellow metal? Are gold prices about to climb – albeit slowly?

The biggest global consumers of gold are China and India. The Autumn is one of the key times of the year that demand for the precious metal increases.

Many in China have been celebrating their harvest festival – the Mid-Autumn Festival, and in India, the Diwali ‘Festival Of Light’ will soon be taking place. These are both times when more gold is purchased.

If we take a look at exports from Hong Kong to mainland China this year, approximately 1,891.9 tons so far have been transported.

That’s more than 560.9 tons more than during the same period last year. This may be in part due to investors there seeking an alternative to China’s falling stocks.

India’s bullion imports doubled to $4.95bn or 140 tonnes in August. In July, this figure was 89 tonnes. This is at time when the country’s physical reserves are thought to be low.

What then of gold demand across other parts of the globe? In Russia and Kazakhstan, central banks there have been adding to their gold reserves during this period of low gold prices.

In the U.S., the Federal Reserve has made it clear that the interest rates are on hold. We take this to mean that an U.S. interest rate rise has not been ruled and possibly soon.

It could be that once interest rates increase there – so too will gold prices. These factors, together with the ripples we are seeing elsewhere, could drive the gold price up globablly and sooner than perhaps some investors have considered.

Some analysts seem to be making predictions based on the daily price of gold, rather than looking at the bigger picture. There are many factors that can influence the price.

The price of gold is driven not just by its physical state but from four key parts: demand for investment purposes, the jewellery industry, industrial demand and demand from central banks. If the Asian economics do well, gold could also increase due to demand for jewellery as there would be more prosperity.

It is worth noting that the precious metal over time has fallen and increased over the last few years.

Let’s take a look, for example, at the average price daily London PM Fix per fine ounce (from www.kitco.com – the price most users quote) over the last few years. You can see how gold has climbed and fallen during the recent economic downturn.

As trusted gold bullion dealers, we would advise that gold should be viewed as a medium to long-term investment. It should be part of an investment portfolio rather than bought in isolation.

With the pound currently strong against the euro, saving providers are reducing the amount that is protected in January 2016. The limit is being set to £75,000 to fall in with the rest of Europe.

The protection limit of £85,000 was imposed in 2010 which meant that anyone with a saving account had €100,000 protection or the equivalent.

The reduce limit could mean that investors will start looking at protecting their wealth by moving into gold.

And with no U.S. interest rate rise announced and before demand for physical gold during Diwali increases, now could well be the best time to invest in gold.

Oliver Temple is one of the experts at reputable gold bullion dealers, Gold Investments based in the city www.goldinvestments.co.uk.

For an informal chat about your gold investments options and to learn more about the price of gold globally contact:

Gold Investments are currently offering 1% off all gold bars (up to 100 grams) during Diwali 2015. Find out more about this offer.