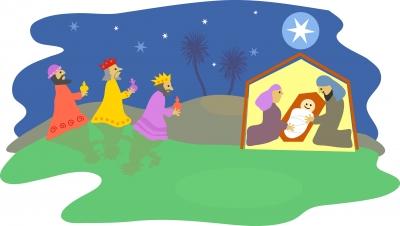 Investor: It was a mad rush to the local supermarket the other night, so I am told, to prepare my little nephew, William, for his first nativity play writes bullion expert Oliver Temple.

Thank goodness that you can now buy costumes from the high street – no more having to cobble something together with a tea-towel and a dressing gown like we had to do with my own daughter all those years ago.

I am sure that the children – and indeed many grownups – will not have a given any thought about the gifts the three wise men took with them to welcome baby Jesus.

One of the things doing the rounds on the internet this week which made me smile was a post about how the biblical story could have been different if women had turned up in place of the three wise men.

The post said that females would have arrived up on time, made Mary a cup of tea, cleaned the stables and brought practical gifts such as a nice warm casserole, and a cake.

Were the three gifts given actually – as the story goes – that off the mark? Well perhaps not.

In the Christian and Islamic Abrahamic faiths, Frankincense – mixed with oils – to anoint new born infants is used. Frankincense represents entering into new spiritual lives. On a practical level, the resin is edible and is used in Asian and African traditional medicines for healthy skin and to help improve digestion.

Myrrh is the dried resin of the Commiphora tree species. Myrrh has been employed in the ancient world in different ways. For instance, the ancient Egyptians when embalming mummies used the resin. Legend says that Roman Emperor Nero in 65 CE – using Myrrh as an ingredient for incense – had a year’s supply burning at his wife’s funeral.

From a practical point of year, Myrhh is said to have “blood moving” powers to remove from the uterus stagnant blood. The resin is thought by some to have special efficacy on the spleen meridians, liver and heart. Myrhh is recommended for arthritic, rheumatic and circulatory problems as well as for the menopause.

And then there’s gold. The precious metal has a long history of spiritual importance in countries such as India, as I’ve previously written about.

Gold itself was used as medicine. The precious metal in medieval times was thought to have healing properties. In the 19th century it was used in therapy for nervous disorders such as migranes, epilepsy and glandular problems, and also alcoholism.

And although no charts are available from the birth of Jesus, over the last century the overall gold price trend shows the precious metal has risen against every currency. He may have done quite well as a gold investor!

So actually the three wise men’s gifts were in fact very practical and took into consideration the new baby’s future. Ok, perhaps the Kings could have helped more with the clearing up more and making a casserole and a cake. I am sure if this had occurred in this day and age they would be only too pleased to help!

Gold such as Sovereign gold coins make lovely gifts and are a good starting point if you are wanting to become an investor for the first time.

You can check out live gold coin prices here.