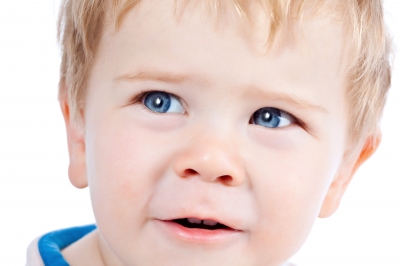 I’m watching my four-year-old nephew, William, pick out a red LEGO brick. He carefully places it on top of a blue brick.

Small windows, together with two clear bricks and a flat roof, are lowered slowly into position. Finally he adds two sets of wheels. He stands up from the floor and proudly shows me his LEGO car creation.

LEGO continues to be as popular as it always has been having grown from humble beginnings in a Danish carpentry workshop in 1932.

Today, for instance, until Sunday (1 November) many children – of all ages – will be enjoying LEGO further at the BRICK 2015 LEGO exhibition being held at Birmingham’s National Exhibition Centre.

You can see why this brick toy remains so popular as it tests not only technical but also creative skills in a fun way.

For investors, the toy kits have proved to be sometimes a good financial return. On average LEGO bricks have gone up in value by 12% since 2000.

It’s still relatively early days in terms of overall investment for toys such as LEGO. No one can actually predict with sure certainly how a particular object will perform.

The BBC’s Antiques Roadshow, for instance, is well known for not showing items which are worth little – unless they have an interesting story behind them – in order to spare embarrassment.

The most valuable item to ever appear on the show featured on 16 November 2008. It was valued at £1,000,000 by Philip Mould. The object was the original 1990s model of the Angel of the North sculpture by Antony Gormley.

The jury is still out for how LEGO and similar plastic toys do over the long-term as an investment. While LEGO may offer sound returns over the short-term, gold could be provide a more solid return in the medium to long-term. As one of the oldest bullion dealers, this has always been our view.

What advice is there for those growing their investment portfolios?

Jim Cramer has had a very successful career as an investor. In October 2005, Cramer claimed to be worth $50 to $100 million.

His advice is that investment portfolios need to consist of high-yielding stocks, healthy geographical stock, speculative stocks, and gold. Of course, this is only one view and it’s best to seek professional financial advice.

As I wrote last month, some investors may have been judging gold on its recent dip which may have caused some to hold back investing in the precious metal.

Yet if they were to zoom out to see the bigger picture they would notice that gold prices have generally been rising particularly in the last month or so.

If gold continues its upward trend – which might be likely with the continued global economic uncertainly – now could be a good time to invest in the precious metal.

I kneel down on the floor with William and start picking up some white LEGO bricks. He hands me a set of wheels and together we make a LEGO police motorbike.

I notice a pile of bricks neatly stacked up and plastic gold and silver coins from another game. Perhaps William is already assessing his investment portfolio or just having some fun.

Sign up for free gold price alerts and keep ahead.

Please feel to share this article using the buttons on the left.

As well as watching some undoubtedly superb international rugby, lucky winners will also be treated to champagne, a three-course dinner, and guest speakers.

To be in with a chance of winning is to buy gold from Gold Investments between now and Saturday 31 October 2015.

You will automatically be entered into the draw to win the four tickets if you purchased gold from Gold Investments from August 2015.

Don’t delay, invest in gold with from Gold Investments today.