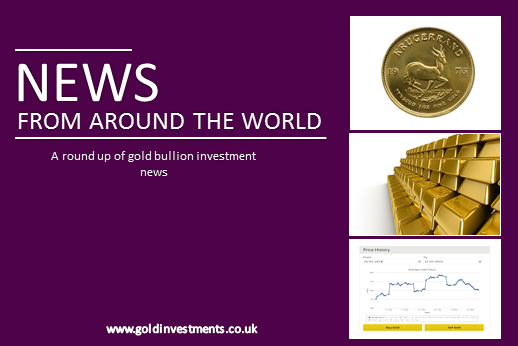 Gold Edges Up In Response To Greece Bailout Talks

Gold Rate Today: Gold is edging up slowly with investors awaiting the outcome of the Eurozone talks in Brussels on the Greece bailout. On Thursday – 25 June – creditors and Greece were trying to reach an agreement for its bailout package which expires in six days.

Gold is traditionally seen as a safe haven and in times of financial and economic difficulty – as previously reported on the recent gold rate increase – gold prices tend to go up.

An exchange for gold trading in the City is one of the development possibilities the London Bullion Market Association (LBMA) could consider in future.

EY – formally known as Ernst & Young – have been commissioned to review the London gold market by LMBA.

Gold transactions made over the counter (OTC) in London currently exceeds the trading of gold futures. According to the LMBA, more than $5 trillion worth of gold transactions are OTC every year.

A yuan-denominated gold fix will be launched by the end of the year, the Shanghai Gold Exchange has said.

Vice president of the Exchange – Shen Gang – said the yuan fix will complement the London gold fix – the current global benchmark. She added that the aim would be to give more diversification to the industry.

Some commentators are saying that this move would give China more influence over gold pricing.

Ancient Gold and Silver Coins Discovered By Pensioner In Field

Gold and silver coins dating back over 500 years have been discovered by a pensioner metal detecting in his friend’s field in North Wales.

The hoard which includes 23 gold coins, 25 silver coins and a sapphire ring, were found by 86-year-old Cliff Massey.

The coins range from the time of Edward III, Richard II and Henry VI. There are also three more pennies of uncertain rulers.

Treasure was often buried around 1465 for safekeeping.

Keep up with the gold rate with live gold price alerts.