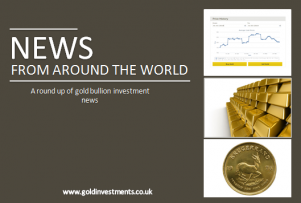 Britain’s economy is stronger than many had predicted after the EU referendum, the papers are saying. I have even read that the country will avoid a recession. Now I’m confused whether to invest in gold now or wait a while. What would you advise?
John Smathe, London.

The economy has indeed been performing better than had been predicted following Brexit. Many companies are reporting that they are seeing business returning to normal. They cite this is either simply because of customer confidence rising or a determination to ‘Buck Brexit’ and to carry on anyway.

The cut of negative interest rates may be a factor in giving a boost to the economy so far. The Bank of England is forcing banks to pass on the low interest rate to households and businesses. The Bank has also announced a huge extension of its quantitative easing programme.

Yet we are in uncharted economic waters. The National Institute of Economic and Social Research (NIESR) – an influential think tank – have said this week that the British economy is slowing down.

The NIESR believes the chance of a technical recession before the end of 2017 "remains significantly elevated". It says the probability of a recession, indicated by two consecutive quarters of negative growth, currently stands at 50%.

So although the economic picture is still better than some had expected following Brexit, investors are still pushing demand up for the yellow metal.

I suggest investors are looking for a better return on their investments particularly with banks considering charging for accounts. I think there are many investors who are still nervous over the longer-term economic outcome.

Whether an individual investor should buy gold is up to them but we would happily pass on our expertise from over 30 years of trading in the precious metal.

What we do advise is that gold should be viewed as a medium to long-term investment. That’s because although historically gold has performed well, the precious metal’s price does fluctuate day-to-day, sometimes month-by-month. The gold price this year has generally been edging up. I cannot see this changing in the foreseeable future.

For investors like John asking "should I invest in gold?" it could be worth looking at buying gold. We suggest the precious metal should make up no more than 15% of an investment portfolio.

To discuss your gold options, get in touch with Oliver and his knowledgeable team today: