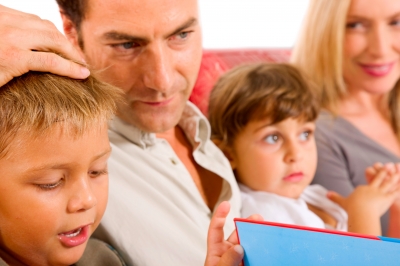 SIPP, Gold and the Ticking Pension Time Bomb for John. John Mitchell is driving to work in Surrey and whilst caught up behind a long line of red lights, he flicks the radio between different stations.

All he wants is to find a decent conversation; there’s a time and a place for pop music John always feels – stuck in early morning traffic is not one of these times. An advert on the radio about pensions would not normally grab John’s attention but it does this time.

John is 44 years old and is happily married with two children. His parents’ retirements and what seems, he says, to be new wrinkles appearing everyday on his face have made John more aware of the need to provide for his own future retirement needs. He also worries, he says, about his own children’s financial futures.

It was only recently that John had given pensions a thought. With babies and additional expenses, pensions always seemed like a long way away for John to even consider. His wife, Sarah, had a pension but left her job to be a full-time mum.

“I seem to be more aware of starting a pension now probably because of the additional publicity from the Government and I guess because I am getting older,” says John. “I’ve worked in private industry most of my life so have never been in a real position to buy into the whole pension thing.”

John is not alone. There are many people that have not considered a pension.

“What has always put me off in the past is that it has seemed so complicated. The other thing is that I’ve heard that traditional pensions don’t always offer a good return.”

The Government has been so concerned about people like John without pensions that they have set up an advice service called Pension Wise: (https://www.pensionwise.gov.uk/). There is also the Pensions Advisory Service (http://www.pensionsadvisoryservice.org.uk/)

John runs a small consultancy business and currently employs one member of staff. He is looking to expand his business in the next few years and perhaps take on more staff.

“There is still time before I need to offer a workplace pension to my employee but I want to get straight now and I like the idea of SIPPs”.

SIPP or (self-invested personal pensions) allow people to place lots of different types of investments in ‘one pot’. Money is paid in before income tax is taken off.

SIPPs can be moved from an existing pension scheme or can be started from scratch with money that hasn’t been held in a pension. John believes that with uncertainty surrounding the world economy it is best to spread his portfolio around.

“SIPPs certainly seem attractive as you can control what investments you put into your pot. For me it seems like you are spreading the risk. I look at what major investors do such as Jim Cramer. He’s a very successful former hedge fund manager,” says John. “I’ve read that he advises that investors should spread their portfolios – he was worth around $50 to $100 million in October 2005. I figure it’s best to watch people like him, not that I am anywhere near Cramer’s financial position!”

Cramer has previously advised that investment portfolios should include a mix of high-yielding stocks, healthy geographical stock, speculative stocks, and gold. SIPPS investments could include not only gold but also:

“I do like the idea with gold in particular. I’ve taken a good look recently at the price of gold. Of course there are daily and monthly fluctuations but if you look over time gold seems to have historically performed well.

Oliver Temple is one of the experts at the bullion house, Gold Investments, which has been trading since 1981 and is based in the City near Leadenhall Market. Oliver says that gold should be thought of as a medium to long – term investment.

“People like John would be wise to look at gold as an option for their SIPPs. The precious metal is thought of as a safe-haven and also has potential for capital growth. We would advise anyone interested in adding their gold to their portfolios whether for a SIPP or not to talk to us first.”

John says just starting the process of looking into pensions has brought some relief.

“I was to some extent burying my head in the sand with pensions but thanks to the Government’s useful advisory services and also Gold Investments I have been able to start looking seriously at my future financial needs. Gold Investments were so knowledgeable in particular and a business I felt I could trust from day one.”

To discuss your SIPP pension and gold investments options, why not chat to Oliver Temple and his team:

If you prefer you are welcome to pop into their offices for a coffee and a chat (please arrange in advance).

Images courtesy of Ambro and Vectorolie at FreeDigitalPhotos.net