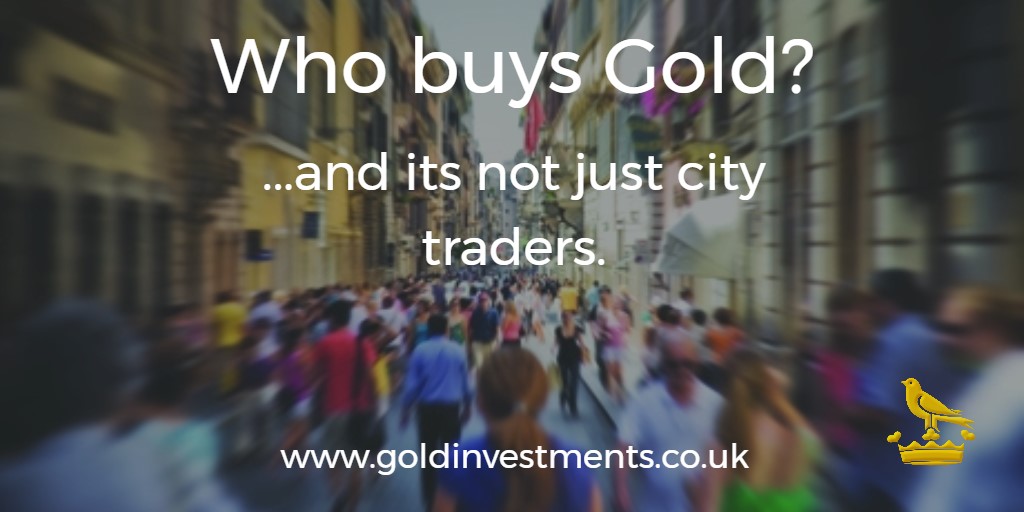 Kumar from Watford is watching the news with his wife, Sameera. They are looking at ways of increasing their investments.

One area could be purchasing another property, but this would be a huge commitment more in terms of actually managing another place which they would need to do. The rules for buy-to-let mortgages are now also less favourable.

They have not yet ruled out the option of buying another property.

The couple, who are also business partners in the financial field, believe that gold could be a good way of protecting their assets certainly in the medium to long-term, and also gaining some return.

Last week’s election results, Brexit and continued US interest rate rises have pushed them even more to look at the metal.

“It is very unclear what direction the economy will take in the next few years. People like us are fed up of austerity yet the national debt needs to be paid back at some point. We hear about some City businesses relocating parts of their operations to Europe which potentially could affect the entire UK economy, although I think London will remain a key investment centre. We also do not know what Brexit will actually mean,” says Kumar.

Sameer’s phone flashes with the announcement that the Bank of England is keeping the base rate for the moment at 0.25%.

“With gold, you’re probably going to get a better return than keeping the money in the banks,” says Kumar.

“What I am noticing is that every day items are now costing more because of the inflation rate and low wages. Fruit and fresh fish have shot up in particular.

“It does feel like everything is being squeezed,” says Sameera. “I am worried that consumers will start reducing their spending which would have a knock-on effect on the economy”.

Kumar is worried also about the impact – which is rarely talked about – of car leases.

“I think this is going to be the next big thing. You see all these new cars around yet I reckon that they are being paid as part of monthly lease hire arrangements. Some people may not realise – or want to believe –  that they that will not own the vehicle after three years.

“And then what happens if they can’t afford the repayments? This would, I fear, cause huge amounts of debt for garages. It could be like the sub-prime mortgage market situation all over again.”

The couple say they have been put off by gold in the past simply because they felt it was too volatile and that you had to be ‘rich’. They also were unsure how to go about investing, what levels to commit to, and which bullion dealer to trust.

“When you type in ‘buy gold’ online, various dealers’ websites pop up in Google. I scrolled through the list. All I wanted was some advice as we weren’t sure whether we actually wanted to buy,” says Kumar.

“We seriously looked at a few dealers. What we liked about Gold Investments was that they were not trying to force you into anything. It had a lovely atmosphere and you felt that the team there were extremely knowledgeable,” adds Sameera.

“Oliver Temple from Gold Investments advised to spread our investment portfolio and not invest in only the metal. This honest approach I liked. We have around £10k to put in so we will be looking probably looking at buying gold bars.”

One of the areas the couple were not sure about was the storage of the gold.

“We were pleased to find that Gold Investments are also able to store gold as well at their vaults in the London Silver Vaults. We did some research and found their storage is one of the cheapest on the market for gold.”

The couple’s young two-year-old whizzes in on her tricycle. Sameera picks her up and says:

“I dread what the future will bring – how will this little one even get on the housing market? At least, we will know that we have done our best with gold. I strongly believe we will be able to help her and her own family in the future if we invest in the metal now.”

To chat about your own investment requirements, please get in touch with Oliver and the team.