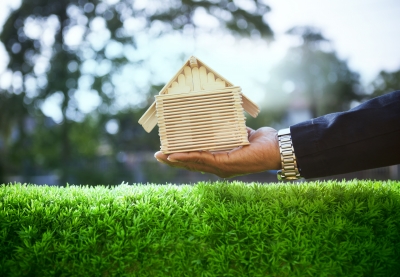 Chancellor George Osborne was dubbed by media commentators as “lucky” on Wednesday; a theoretical £27bn is promised to land on the Treasury’s mat during this session of Parliament.

The scales of the UK economy have tipped the other way or so it seems. We can untighten our belts slightly and give a small sigh of relief.

There will be winners and losers of course. Analysts are carefully combing through the Autumn Statement to find out who will be hit.

What effect could this increased optimism have on gold prices which have remained generally weak this year?

Traditionally, gold performs better at times of economic uncertainty. We saw this in 2009 – 2010 when prices rose. We have also seen this trend before in previous recessions.

The most obvious losers on Wednesday are buy-to-let landlords. People buying second homes will soon have to pay more in stamp duty. Those in England and Wales will have to pay a 3% surcharge on each stamp duty band from April 2016.

Properties as an investment may now not seem so attractive to some. And yet my feeling is that some investors may not be entirely happy to put all their money back into the banks again after the economic “heart attack” in recent years.

Investors could be looking at spreading their portfolios in other ways perhaps such as part of their SIPP (self-investment pension). We heard about John’s pension time bomb recently here.

The new rules on 2nd homes might make the precious metal even more attractive.

While the UK economy may be performing better than expected, the country cannot be shielded from world events. The gold market is not immune either.

The possible U.S. interest rate rise may have an effect on gold prices but more so than that, I believe, it is the extremely volatile situation we are seeing – played out between the West and The Middle East – which could be one of the biggest influences on gold.

We saw, for instance, gold prices edging up directly after the horrific Paris terrorist attacks last week and after Turkey shot down a Russian fighter jet on Tuesday.

Commerzbank analyst, Carsten Fritsch, said: "This is a clear escalation of the crisis, which should lift gold."

Turning To The Gold Market

Investors, it seems, are reacting to the threats by turning to the gold market; the yellow metal being seen as a safe haven.

With the World Gold Council speculating that China’s growing middle class will be buying gold over the next five years, now could be a good opportunity to invest in the precious metal as a medium to long-term strategy.

Why not sign up to our free alerts to keep track of gold prices here?

Please feel free to share this article by using the buttons on the left.

Images courtesy of khunaspix and photostock at FreeDigitalPhotos.net