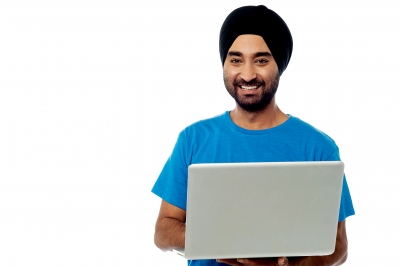 IT specialist Namit Kaur is trawling through different websites in search of ‘buying gold online’ on his laptop at his three-bedroom semi-detached house in a leafy Harrow street.

Namit’s parents moved to London in the 1960’s before he was born in 1973. Namit was brought up near the town and his two sons attend local schools.

Explains Namit, gold has always been important for his family but now he is taking more notice of the precious metal himself.

“I have been reading lots about gold prices going up recently. I am not wealthy by any stretch but the spare money I do have I’m thinking that gold might be a good investment. I’m really looking for some advice I can trust and to find out how much money to commit.”

“The market conditions for 2016 are different from last year. The ‘gold’ bubble that many had predicted has certainly not burst and generally the yellow metal’s prices have been rising."

Temple believes this could now be being fuelled by major funds and billionaire investors backing gold again.

“The other week some of the biggest names in the hedge-fund industry met at the Sohn Investment Conference in New York to discuss markets which are moving. Stanley Druckenmiller, a billionaire investor, advised buyers to move to gold.

"George Soros – who once called gold ‘the ultimate bubble’ has resumed buying the gold after a three year gap. During the first quarter of this year the legendary investor bought $264 million worth Barrick Gold (ABX) shares. Barrick Gold is the world’s largest gold mining company.

"Paul Singer, whose hedge fund oversees $28 billion, has suggested that gold’s phenomenal first quarter, in which the metal rose 16.5%, is ‘just the beginning’. He says that a further loss of confidence in central bankers’ ability to jumpstart growth could take the metal even higher,” says Temple.

Temple points out that gold is becoming attractive to investors generally because of nervousness surrounding the world economy.

“It times of economic uncertainty, historically gold has always been attractive to investors. No one knows what will happen after June’s EU  referendum but if the UK’s economy does wobble, I would expect demand for gold to be pushed up still futher.

“Whilst gold prices continue to rally, it could be a good time for Namit to speak to explore gold options with a reputable gold dealer such as Gold Investments. We would caution Namit and others thinking of buying gold to only invest between around 10% – 15% of their portfolios. We would also advise to choose a dealer which has a physical location and has been around for a long time. It’s worth also saying that you do not have to be rich to buy gold.”

Gold Investments has been trading since 1981 with City offices in Gracechurch Street near Bank. They can be reached on [email protected] or 020 7283 7752.

Image from stockimages from freedigitalphotos.net – case study for illustration purposes only.