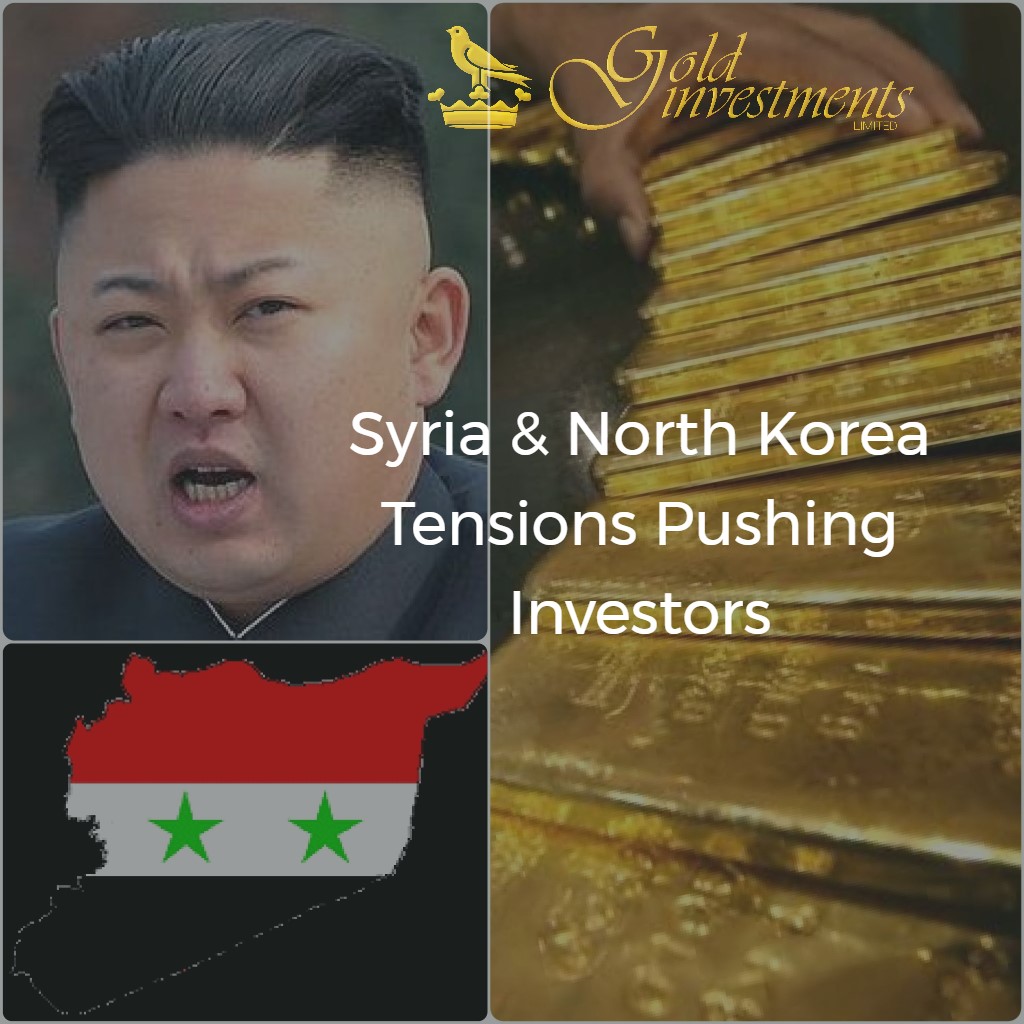 Gold prices today London. If investors had been holding off from buying gold this year, now seems to be a turning point with many now being attracted to the metal.

In times of economic instability, gold performs well. The yellow metal is traditionally seen as a safe haven. As one of the oldest bullion dealers in the UK, we’ve seen this time and time again.

Since the US election gold has traded at its highest level, rallying to a fresh five-month high of $1,269 per ounce.

Markets are nervous at the moment for a number of reasons.

There are rising tensions in Syria between Russia and the US over last week’s alleged chemical air attack.

On Thursday, a draft resolution at the UN Security Council that would have condemned last week’s attack was vetoed by Russia. The US, France and UK reacted angrily to Russia’s decision. This is the eighth time Russia has protected Syria at the council.

Meanwhile North Korea has said – in response to the US deployment of a Navy strike group to the Korean peninsula – that it will defend itself "by powerful force of arms".

Quoted by state news agency KCNA, the foreign ministry announced that the deployment showed "reckless moves for invading" and had "reached a serious phase".

Also fuelling economic worries are concerns over the upcoming French presidential election which has already been a rollercoaster. As of 13th April, there was a dramatic seven-point surge by the left-wing Jean-Luc Mélenchon.

Barely 10 days from the first round of voting on 23 April, the far-right leader Marine Le Pen and independent centrist Emmanuel Macron both have 23-24% of the vote. They are still favourites to go through to the run-off round.

This is all against the backdrop of Article 50 and any possible impact it will have on the UK, European and global markets generally.

These are fast moving times. For investors looking to protect some of their portfolios, physical gold could well play to their advantage if viewed as a medium to long-term investment strategy.

Why not connect with Oliver on Linkedin?