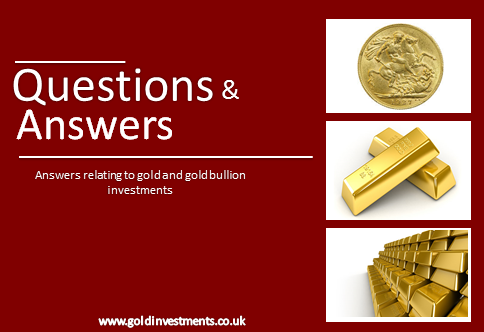 Gold Price Increase: Oliver Temple from Gold Investments looks at what could be behind the recent rise. Could this be only the start?

Before we investigate the factors that might be affecting the gold price this time, we need to see from a historical prospective when there has been a surge in demand for the precious metal.

We do not have to go back too far to find that during the recent economic crises many began spreading their portfolios by investing in gold.

Perhaps shrewd investors at the time felt gold was a safer option than trusting all their assets with the banks.

It is true that during economic uncertainty demand for gold increases.

So looking at what has been happening this week, it could be in the UK, that despite the economy recovering well, some investors are feeling nervous.

Afterall, we are only now beginning to see how the Chancellor is cutting the deficit in this new Parliamentary term. Were the gold prices reacting in advance to July’s budget?

This could be the case but is probably not the only explanation.

Gold prices have been rising in other parts of the world too. In the US, whilst the dollar fell, the precious metal climbed 2% to climb back above $1,200 an ounce (the key level).

Of course, both these factors may be making many feel wary.

My feeling is that it is Greece’s possible exit from the Eurozone that has been causing major waves this week with the market.

Mr Tsipras warns that this will cause Greece to enter a deep recession as well as having a dramatic decline in income levels. He said that another failure in bailout talks would harm all of Europe.

The UK’s Government is drawing up contingency plans if Greece were to leave the euro bloc and even the European Union. An exit could impact UK businesses, banks and the financial sector.

The leaders of Eurozone nations will hold an emergency summit on Monday.

With all this potentially economic uncertainty ahead, shrewd investors could now be looking at gold to protect their assets. This could be only the start of the gold price increasing.

Oliver Temple is responsible for sales and marketing at Gold Investments, one of the oldest bullion houses in the UK.

You can monitor how gold performs by setting up free price alerts here.

Note this article should not be taken as financial advice. Gold markets can go up as well as down.