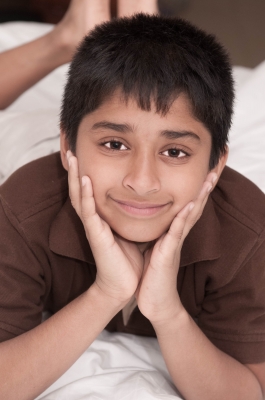 For Sai Jayarama like many 2nd and 3rd generation Indian families living in the UK, gold has always been part of his family and spiritual heritage.

In the last year Sai’s parents have been watching the price of gold increasing. They would like to know why the increase and will it last.

The Jayrama’s are right to say that gold prices have been going up, writes expert and senior gold bullion dealer, Oliver Temple.

From January to March, gold prices rose by 20 per cent. This was the best quarterly performance since the start of the economic downturn in the last quarter of 2008.

If we look at India itself first, there has actually been a slight drop (by around 16 per cent from a year ago to 926 tonnes of gold importing).
I think the main reason for this has been because of a strike from the national jeweller’s associations. The Indian government refused to back down on a 1% gold jewellery sales tax. Jewellers said the strike had cut into their profits.

India still, however, remains the 2nd largest importers of gold in the world. With its important significance for many families I can’t see this decreasing any time soon

We always seen demand increasing around key festival times. In fact during [ ttttttt] because of an unnaturally heavy rainy season, many in India’s rural communities were not able to leave their areas to purchase gold.

Sales were as a result lower that year.

The International Monetary Fund (IMF) have maintained India’s 2016 growth forecast at 7.5 percent but cut growth estimates for the global economy including China.

It said India is in a bright spot and will be the fastest growing major economy. That could mean more purchasing of gold which would push prices up.

And the global economy and the UK’s own economic forecast are the areas to watch. China’s recent falling stocks and slowing growth will be having an impact on investor confidence. There has been the Greece bailout situation, uncertainty surrounding the US interest rate rise and now the Brexit.

The IMF has warned that the UK’s exit from the European Union could cause “severe regional and global damage”. It said the so-called “Brexit” would disrupt established trading relationships and cause “major challenges” for both the UK and the rest of Europe.

According to the World Gold Council, Central banks have been bolstering their gold reserves. The Analyst, Charles Morris, who edits the industry newsletter AtasPulse, believes like us that most demand is being driven by private investors and institutions. Mr Morris says this could be responsible for around 80 per cent of the gold price move.

All this uncertainty will be having a bearing on gold. When there is uncertainty, gold becomes more attractive as a safe haven.
India’s continued appetite for gold, shows that the precious metal has certainly not lost in shine for Indian families living both here and in India itself.

For families such as the looking to invest in gold to pass now I would suggest they talk to a reputable gold bullion dealer such as Gold Investments which has specialised in serving the Indian community in the UK for over 30 years.