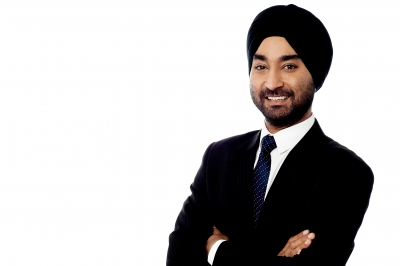 Buying Gold: Pranav Sodhi, who lives in the pretty village of Chilham in Kent, is an IT manager for a small business based in Ashford. Following June’s Brexit decision, Pranav has been watching gold prices increase on sites such as https://www.goldinvestments.co.uk/price-history.

Gold has always played an important role in Pranav’s family heritage. He recalls his grandparents purchasing gold during festival times such as Diwali, Akshaya Tritiya and Dhantera.

Pranav would like to build a nest egg for his young family – Aditya (8) and Sai (5) – but worries whether the precious metal could offer the best return on investment in the short-term.

Oliver Temple, senior bullion dealer at Gold Investments, says Pranav is right not to rush into buying and selling gold on a whim.

What we have seen this year is the gold price generally increasing. If we look at the price of the Krugerand coin, for instance, you can see that since March of this year the price has climbed from £886.37 to £1044.88.

With trends such as this, it has made gold seem appealing particularly for many first time investors such as Pranav. But what’s driving the increase?

Since the beginning of the year a combination of nervousness surrounding the UK leaving the EU, the wobbling of the world economy and investors waiting to see what the US Fed Reserve was doing have all been having an effect on gold prices.

Looking at Brexit, for instance, the UK economy is in better shape than the former Chancellor, George Osborne, predicted. In fact as a result of the vote, there has been little impact on the UK economy so far, the Office for National Statistics (ONS) has reported.

That is for now but we do not know how the UK economy will actually fair when our formal ties with Europe are cut. And no one knows what – if any – the impact will be on the wider global economy.

Then there is the US. Minutes from the Federal Reserve’s September meeting show the majority of policy-makers expect a rise in US interest rates by the end of the year. This would make for some investors gold less appealing because of potentially better returns from savings and shares in the short-term.

The key message for investors such as Pranav considering buying gold would be to take a wider view of the precious metal’s trends. Gold should not be seen as a short-term investment but for the medium to long-term. It is also worth noting that historically gold has performed well particularly in times of economic uncertainty. With Diwali occurring soon, we would expect to see a spike in gold prices around this time.

Oliver and his knowledgeable team are happy to pass on their expertise of the gold bullion markets. Gold Investments has been trading since 1981 and has offices situated near Bank.

They can be reached at:

Case study for illustration purposes only. Image courtesy of stockimages at FreeDigitalPhotos.net stockimages.