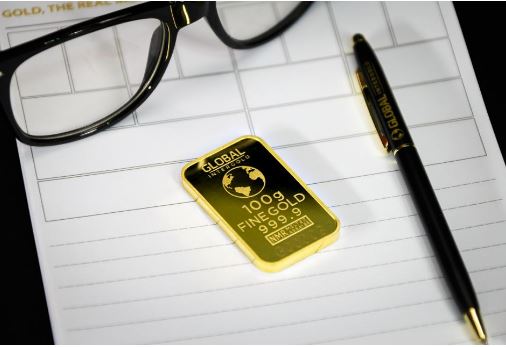 Investor: What will gold prices do? Oliver Temple scans the horizon.

With Diwali celebrations starting to begin, this is now one of the key times for India consumers to buy gold.

And yet despite Indian gold imports surging in August in preparation for the festival and wedding seasons, September’s shipments dropped there by 52 per cent.

The lack of investment has caused some to be concerned but is this a reflection of the gold market generally?

I don’t believe this is the case – the slide is probably more due to the Indian taxes rather than a general disinterest in gold.

Gold prices have undoubtedly been weak this year. At the start of the year, the precious metal was at $1,200 an ounce and by mid January had actually peaked at $1,300 an ounce. From March to April it hovered around the $1,200 an ounce mark.

Then in July, gold prices fell to around $500 an ounce and generally stayed there until mid August. The reasons? There could have been a number of factors such as the U.S possible interest rate rise, China’s falling stocks, and the Greece bailout situation.

Gold Prices On The Rise

Since then gold has actually been edging up generally and in mid August was just below the gold price at the beginning of the year.

Currently the precious metal is around £1,500 an ounce. Gold prices are on the rise.

Capital Economics, the research company, believe the headwinds for gold could be behind us, pointing to tighter labour markets and perhaps even inflation in the U.S.

The U.S interest rate rise being held off to next year may be pushing investors towards the precious metal. It’s even possible that China’s week-long holiday may have kept gold prices lower as they may not have been bidding up the market. The question is will gold continue upwards?

During economic uncertainty gold becomes attractive as a safe haven. The world economy still teeters on the edge. According to IMF’s latest global stability report, cheap money is causing massive distortions and the so called recovery has yet to materialise in the global economy.

It is gloomy news but are the IMF just being too negative? Their views are supported by The Bank of International Settlements, Trade and Development department, and former Bank of England chief economist, Andy Haldane. They warn that the financial system could at any time fracture.

The reason, they believe, is that while pumping money into the global economy in 2008 stopped the massive economic global “heart attack”, cheap money is now causing asset prices to increase in emerging market.

This has led to corporations and indeed governments borrowing huge amounts of money. Debt levels are not sustainable, the IMF report states.

If this proves right, then it could force investors – including family investors – to seriously look again and move some of their portfolios to gold. This could lead to gold prices increasing.

Now could well be the best time to invest in gold and before buying increases during Diwali.

To discuss your gold options, please get in touch with Oliver and the team:

To celebrate Diwali, Gold Investments is delighted to offer 1% off all gold bars (up to 100 grams). See more here.

Photo of business lady from imagerymajestic at FreeDigitalPhotos.net