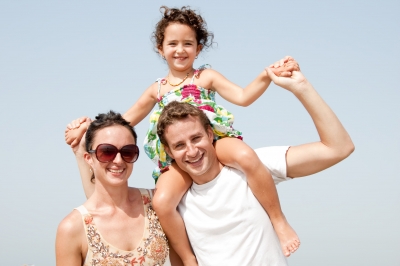 Family Investments: The proof will be – as they say – in the pudding when Britain votes in a new Government on Thursday 7 May. There is no doubt that the economy is now in better shape than it was five years ago when the coalition first came to power.

The country, however, still has a large deficit – the International Monetary Fund predict in the last year of the next parliament Britain will have a £7bn deficit. Whoever is in Westminster, tough choices will have to be made if the economy is not to fall on rocky ground again.

This could make ordinary working families feel nervous. But for every day savers, investing in gold could again be an attractive alternative to traditional savings methods particularly after the election as was seen at the start of the last recession.

“If we look back at over the five or six years when the banks collapsed we saw many people investing in gold rather than just relying on banks and building societies. In many cases gold proved a good return on investment,” explains Oliver Temple from one of the UK’s oldest bullion houses in the country, Gold Investments. The family business was founded in 1981 by Mike Temple – pictured.

Gold Investments makes historical and live gold data available on its website. Users have the ability to track gold coins or gold bars clearly on the site:

Mr Temple says that some investors may think gold is out of their price range but this may not necessarily be true.

“What we’re good at is providing a range of gold options from gold coins to gold bars. So a young family say of two adults and two children under five years old might want to consider purchasing gold coins for a couple of hundred pounds each. On the other hand those say in retirement may have more to invest and may be looking to spread their pension portfolios as part of SIPPS (self-invested personal pensions). SIPPS are a ‘do-it-yourself’ form of pension which people to make their own investments into a personal pension pot.”

According to Mr Temple, some people may not actually know how to invest in gold.

“We have City offices near Leadenhall Market, so savers could pop into see us to buy the gold if they wanted to. We also have the ability for people to actually purchase online – we were the first bullion house to do this,” said Mr Temple. “It’s worth noting that Britannia gold coins and Sovereigns are exempt from capital gains tax.”

Whatever happens after May 7, it could be a wise decision for savers of all backgrounds and ages to invest in gold for the long term.

To find out more about family investments, contact Gold Investments today or phone 020 7283 7752.