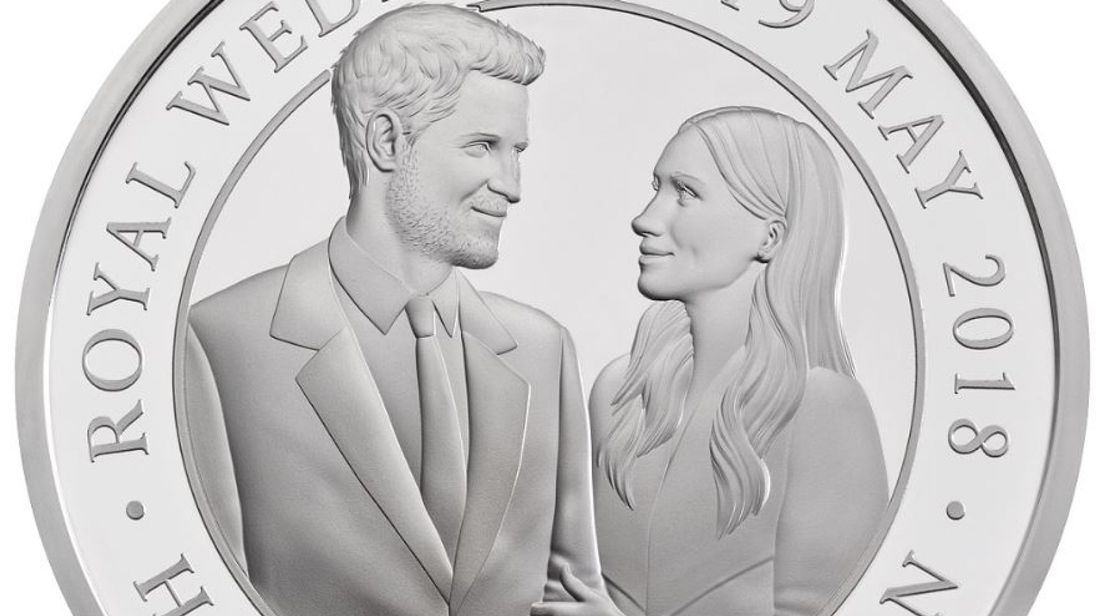 Nothing gets the nation’s heart racing quite like a royal wedding, and for coin collectors, the excitement is two-fold. As ever when such a royal event occurs, the Royal Mint is producing a commemorative coin to mark the occasion.

Ever since the couple announced their shock engagement last November, the excitement has been palpable, with the wedding being hailed a new beginning for the next generation of the royal family. The couple are said to have met through a mutual friend and the Prince and actress hit it off immediately. Star of the American hit show Suits, Meghan Markle has been described as a breath of fresh air and welcomed heartily into the Windsor household.

The coin is available in four different forms, all with the same design, the couple staring lovingly at each other as captured during a photo session at Kensington Gardens taken in November 2017, when the engagement itself was announced. It is understood that the couple also posed for photographs at the Royal Mint itself to ensure that the best likeness and open chemistry between the couple could be captured.

The picture itself shows the couple at their most relaxed and conveys an informal and modern harmony that projects the couple as the modern face of the royal family and its future. The coin will be the sole official release in Britain marking the occasion.

The Royal Mint’s design team, led by the renowned Jody Clarke, best known for his design of the coin capturing the Queen in 2015, have been working closely with the royal couple to ensure that the coin’s authenticity is at its utmost.

As previously mentioned, the coin is released in four forms, three of which are limited editions and highly sought-after by collectors. The coin’s face value is £5, but as is the case with limited edition coins, it’s actual worth will be well in excess of this.

The four versions are:

The Brilliant Uncirculated coin will be uncirculated and does not have the limited release the other versions have. The coin is the most affordable option, allowing those with a smaller budget to own a piece of history for as little as £13. Made out of a mixture of copper and nickel, called cupro-nickel, the coin is beautifully simple and highly collectable.

The silver proof version is struck in 925 sterling silver. As with all Royal Mint products, the coin is of high purity and verified to the highest standards. The coin comes in a beautiful commemorative box and is valued at £82.50 upon its release. With only 15,000 being released, however, this highly collectable coin is sure to gain in value.

The double weighted Silver Piedfort £5 coin takes the silver commemorative coin to another level of beauty and will be extremely coveted by coin collectors all over the world. With only 2,018 released, to mark the year of the wedding itself, this will only increase the coin’s desirability. Valued at £155, interest will be high upon its release.

For the ultimate commemorative item, nothing beats the historic gold coin for capturing a piece of royal history. This 22-carat coin is one of the purest fine gold coins in the world and captures both the occasion and effortless chemistry between the couple. Valued at £1,980, there are only 850 being released, and as such it is expected to be one of the most significant minted coin releases of the year.